The Best Ski Bar In The World...

There are over 6000 ski areas worldwide and over 450 in the United States alone. Most of these ski areas serve over priced libations of some kind in a ubiquitous ski bar. All but one of them have only one thing in common... they don't have the expertise of Ryan Senft as a bar manager. And that, my friends, is what makes Timbers Bar the very Best Ski Bar in the World. 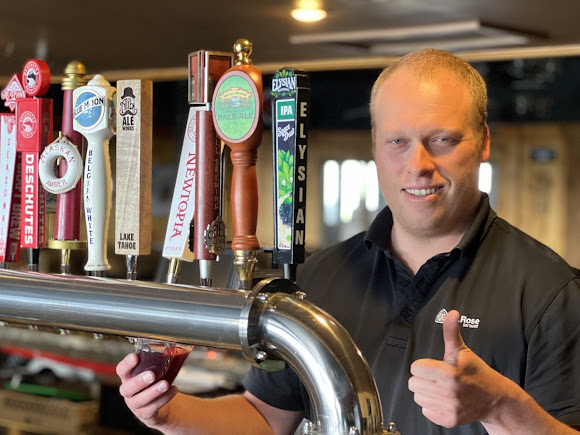 Most ski bars are on contract with distributers and get the same order week after week throughout the season. Out West here you can expect to see kegs of Heineken, 805, Sierra Nevada Pale Ale, Great Basin Icky and of course, a tap for Coors Blue Moon or the Silver Bullet and/or Bud or Bud Light as well as a sprinkling of others. Most ski bar managers and tenders come and go with the seasonal work. Larger corporations like Vail operate many bars and efficiency seems to be in an inverse ratio to creative sourcing of product and personalizing the bar experience. Thankfully, that is just not the case in our very own Timbers Bar. This bar wasn't thrown together by some corporate wonk in an office in Denver. Timbers is not some cookie cutter institutionalized drinking establishment which might look the same in California as it does in Washington. When you walk into Timbers and sit down, you know you've found something special.

Every week Northern Nevada Distributors put out a list of what will be available and thats when Ryan buries his head in the list and begins his research. When looking through the list of libations on tap one will notice immediately the great variety and diversity of beers and ciders available. The secret here according to Ryan is "Don't just order what you like, look for brews that demonstrate the variety of beers and ciders out there, look for interesting and unique combinations that pique your curiosity." Ryan's inquisitive nature pays off with beers and ciders that you can't find anywhere else, much less in a ski bar.

I would wager if you are a weekend warrior Timber's customer that you will have new and interesting selections every time you walk in the joint. On a weekly and sometimes daily basis, the menu changes offering customers the opportunity to explore their pallet the same way they explore the mountain. Sure, you can ski Kit Carson all day long if you want but once in a while isn't it nice to have an adventure and get into The Chutes on a powder day to up the ante... it's the same way in the bar. Check out the lighted menu's on the wall and explore. Rather than that same old same old ski down Carson you just may enjoy a Jackpot, only, in your mouth. 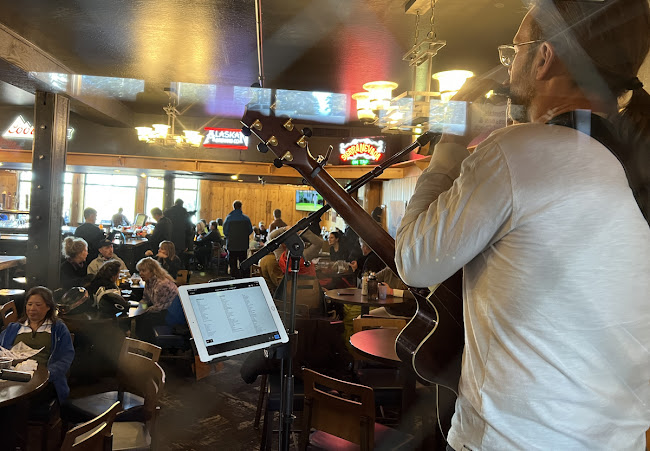 Aside from quality, price is also something that Timbers Bar can brag about. Rather than the 14 dollar mug of beer or the 17 dollar Bloody Mary like you might find at other Tahoe resorts, Mt. Rose season pass holders enjoy a significant bar discount which brings the price down to what you would expect to pay just about anywhere.  Rather than the traditional "double the price at a ski area because we can" type of philosophy, Mt. Rose rewards the loyal season pass holder with discounts for both food and liquor. The variety of libations available, excellent service, occasional live music and pass holder discounts are complimented with the ambiance as well. Pine studded walls, a marble bar, timber slab tables, heavy steel construction and the bar layout with indoor and outdoor seating on the deck provide the perfect place to watch your buddy take a slider down El Cap or your little ones learning the difference between Pizza and French Fries on Show Off.

After close to twenty years at Mt. Rose entertaining positions in Rosebuds, Food Service and the Parking Lot Ryan finally found his niche by happenstance. One day the two guys running the bar were both caught, of all places, in The Chutes when they were closed and were immediately terminated. Someone grabbed Ryan from the packing lot and put him behind the bar where he rose to the occasion and well, a dozen years later, the rest is history. When someone finds their niche and is willing to do their homework and elevate their position to one of excellence in product and service and has the freedom and trust to do what is best for the bar, well, Timbers Bar is what you get. As an example Mt. Rose experienced an earthquake in 2013 and a major remodeling had to take place over the next couple years in order to shore up and repair the damage. The old bar basically fell over in 2015 and at that point Ryan tore everything out and just started completely over from scratch designing, building and furnishing everything from the ground up. He did this according to his vision of what Timbers Bar could be, instead of what it had been. Out went the bowling alley type paneling and in came ship lap pine, designer fixtures, new carpet, new furniture etc. and everything was replaced from floor to ceiling under his watchful eye with much of the work done by Ryan himself over the course of a summer.  The biggest and best upgrade, available taps went from 6 to 16 almost tripling the offerings in an expensive upgrade with a state of the art tap delivery system.

Think the job is easy? Think again. Ryan has twelve staff between Timbers and Winter's Creek and purchases between 25 and 30 kegs on a weekly basis. Throw in other purchasing needs like wine, liquor, mixers, glass wear, and the rest and it keeps him very very busy as the season rolls on. The worst part of the job? Dealing with the 1% of the folks that become drunk and disorderly. Often once or more a week he has to deal with "that guy," that special someone who can no longer handle the privilege of being a part of the Timber's Bar community. When I asked him about what he enjoys most about his position, his answer was lit up by a big smile, "Just seeing people having a good time."

There is no doubt that Ryan has made the "good times" easier to come by at the Timbers Bar by spending the time and effort it takes to create a place that skiers and riders want to come and hang out in. More than just a bar, he has created a place where people want to come and swap lies about the chutes they skied and runs they made, which is just a small part of what makes the Timbers Bar the very best ski bar in the world,