OK, my title is a bit of an overstatement. Sometimes you can find decent snow that has softened a bit with the sun, but on a cold day... not so much. Grooming is still amazingly good despite the fact that it hasn't snowed in over a month. The grooming crew is doing a good job of providing 3 to 4 runs on the Slide Side and many more on the Rose side with typically a couple of face runs and Bullwhip groomed. Aida's has my vote of Best In Show lately! Checked out The Chutes today and although some might say they are wonderful (compared to glare ice or bare rock) most common people would say they are pretty dicey right now. If you fall and are not able to get your edges right under you or do a pole self arrest, strap yourself in for a skeleton-like ride... and you just might be a skeleton in the literal sense if you wrap yourself around a tree since you purchased a ticket on the Oblivion Express. Its chalky in places and very smooth while it's cut up and fairly hard in others.
Post a Comment
Read more

Like or not... the Ridiculously Resilient Ridge is back for more. Looks high and dry the rest of the month or longer though there are some hints of a change in early Feb but thats a long way out... The long term is touting drier than average and slightly colder than average although that certainly hasn't come to pass as daytime temps remain elevated and higher than average. Look for corn to begin forming on South facing slopes and that will be your best bet for good snow besides the morning groomers. Although imperfect the December dump at least keeps our skis on natural snow. If temps warm appreciably we may begin to see corn morning on more SE and SW aspects as well. Thank climate change for corn in January! One of the silver linings I guess... Keep in mind these are general trends although the snow in the deep South seems a little contrary to their forecast, right? Keep in mind the MTO is just a VERY broad brush.  Sven
Post a Comment
Read more 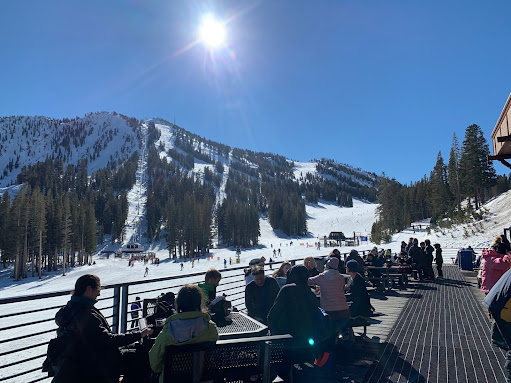 Hats off to the grooming crew for cording Sunrise for us without the race team barriers. Much appreciated! Speaking of grooming... everyone has noticed that more runs are being groomed for the morning crowd relative to early season. Makes the mountain so much more inviting. Keep it up! Love that cord especially when it hasn't snowed for a month. After your early morning ski you may want to check out libations available at the Timber's Bar and sit out on the deck and enjoy these sunny days. Gus's chili is also still the rage. Handmade family recipe's at a ski resort are hard to find. Keep it coming Gus! Ryan's world class selection of beers and ciders put this ski bar at the top of the pack world wide. There is a little something for everyone from Coors Light to Double IPA's. Something on the constantly changing menu will get your attention for sure. With drinks in hand its time to find a sunny place and swap lies of how how many runs you skied and what chutes yo
Post a Comment
Read more 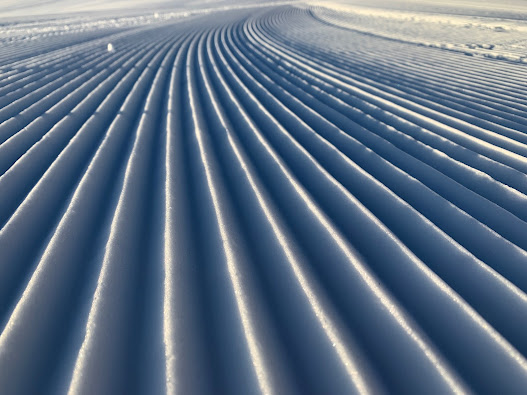 Skiing on Mt. Rose remains excellent with a variety of corded groomers available in the morning. On one day all three Rose face runs were groomed which is pretty rare and Slide has experienced a nice offering of Bonanza, Bruces and Silver this week. Coveted early morning Sunrise cord has so far been denied except when the race team is on it unfortunately but maybe they will squeeze one in for us soon.  Tree skiing on Slide in the pork chop and between Zephyr and Bruces remains excellent as well as many of the chutes that have been pleasantly skied in. Go poke around in there and guaranteed you will find something to your liking.  Cool down tomorrow as dry front rolls through and then more of the same weather next week. Although we all like powder its difficult complaining about windless sunny bluebird conditions! Sven
Post a Comment
Read more

Is this where skiing is headed everywhere? 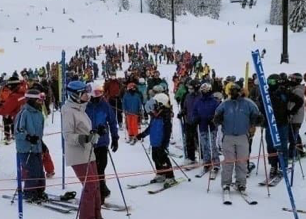 A recent photo of Steven's Pass ski area shows incredibly long lines of frustrated "would be" skiers... "would be" because they are spending a large portion of their day in line complaining about the long lines  instead of actually skiing. With a reported only 40% of their mountain open due to staffing issues making it difficult to clear all the new snow and staff the lifts, Stevens Pass has been attacked as "mismanaging their mountain and thereby potentially defrauding their pass holders. We can see this general problem at play across the entire ski industry. In the final analysis we have to wonder why commercial skiing has seemingly not been able to keep up with consumer needs. Thankfully, Mt. Rose is doing a much better job at meeting the current challenges the ski industry faces... not that they are perfect by any means but definitely better than most.  Let's look at a couple major issues the ski industry faces below. Issue #1, investing and growin
Post a Comment
Read more 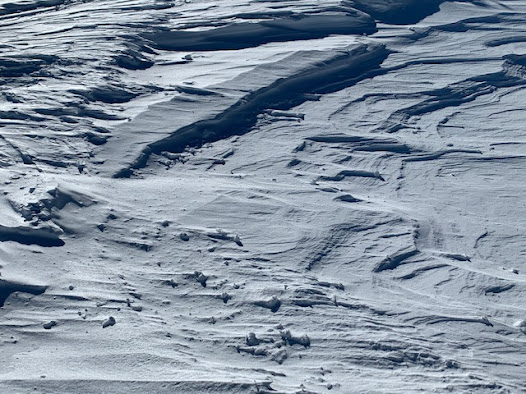 Winds are hungry and ravenous up here tonight eating whatever pow is left, like candy. Sky has sustained winds of over 55 mph as I write this. Rose 100+. As you well know the wind doesn't aid in high quality skiing a whole lot although occasionally it will create some nice wind buff... In any event the BC will remain wickedly bad for the most part unless you are way down in the trees on a protected exposure. As for Rose... all is skiing well as it has stayed cold and grooming has been much improved lately both in quality and quantity of runs groomed. Nice job grooming crew! Winds are forecast to be bad again tomorrow as well but we shall see... maybe it will just blow itself out. Below is a pic of typical conditions you'll find out in the BC right now.  All that wonderful cold fluffy pow... all gone.  Sven
Post a Comment
Read more

Yeah... so the Cold Front that blew through yesterday slammed what was once impeccably beautiful light dendrite crystals into wind packed round balls that formed windslab and sastrugi. The SW and W winds were strong enough to rotor down onto most exposures and if that didn't do it the switch to the North winds last night took care of the rest. There still exist some very protected powder pockets if you poke around but the wind sure did a number on the almost perfect conditions we had earlier in the week. So it goes. Hope you got out there when it was good because... it was really really good from top to bottom and beyond. Those of you that got into the BC know just what I mean. All that wind loading did result in some slides here and there but generally damage was limited.  Crowds were thick as flies on a rib roast today (as Uncle Eddie would say) judging from the parade of cars traveling very slowly up the highway in the morning. I am sure conditions remain good on the mountain (
1 comment
Read more
More posts