White stuff in hard to come by in the West...

Looking at November snow totals we are working with pretty low numbers all across the West Coast. Most places are well under the 50th percentile and some still sit near zero (that's us). Interestingly, even the NW which has had more than its share of precipitation this month is still shy of snow due to the fact that their storms arrived laden with subtropical moisture and much higher snow levels than average leaving them soggy and muddy but still brown. Given that, I would say our weather has been pretty darn enjoyable.

There looks to be a change in the larger weather patterns next week so don't fret too much about the current lack of snow. According to the law of averages (and our friends over at www.tahoeweatherblog.com) the snow will come soon enough. Here is a look around the West of where we are at. 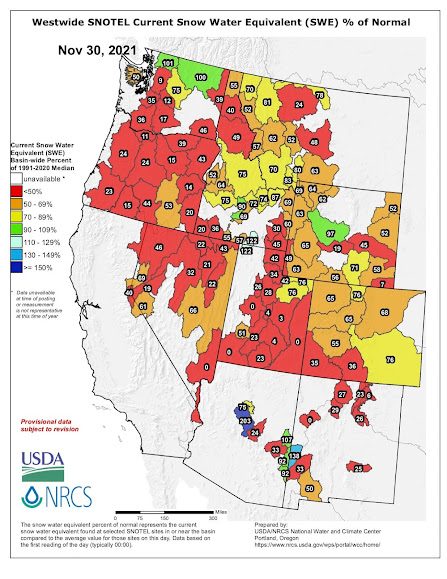