A weekend of Surprises...

Some of the sweetest lines ever to be had both in the BC and inbounds when The Chutes opened a little after noon. Beehive brought smiles all around as the snow had stayed put unlike other chutes. Although the skiers left of Nightmare went according to it's namesake, it was actually Jackpot that fared the worst with a 10 foot crown just 25 feet inside the gate. The slide was big enough to take a lot of snow down to the run out and leave a lot of boulders just waiting for your p-tex. Oddly enough the debris was mostly soft and skiable in the runout making for some fun nature groomed turns at the bottom. Cardiac Ridge needed an ER doc at the bottom for the Heart Attack Victims, needs much more snow. What hasn't slid out is rock laden... often just under the surface. Chutes were fairly uncrowded and you could easily score a half dozen without crossing too many tracks. Ian Dwyer shows us how it's done below.

On another note entirely our friends over at tahoeweatherblog.com are forecasting many more feet of snow this week and possibly more storms near the New Years Eve. Stay tuned to his blog for more details. Could be another big dump in the making! 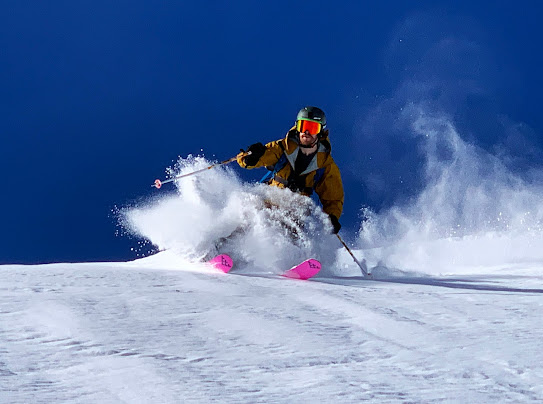