May 26, 2020
Inyo National Forest has announced that Mt. Whitney will remain closed to climbers with no immediate plan to reopen. Mt. Whitney is the highest mountain in the contiguous United States at a little over 14, 500 feet and a permit system to moderate the crowds wanting to climb has been in place for decades. Contrast this decision with the fact that Nevada casino's will be reopening to the world June 4th according to Governor Sisolak and my reaction is just that... Whaaaaaaaaaaaaat?  Local, statewide and federal responses to Covid 19 have been all over the map from the over reaction of chasing surfers down by boat and handcuffing them in San Diego to not Social Distancing early enough in New York and everything in between. There have been counties in California and Nevada who don't have one single case but have been shut down for over two months with great economic hardship the result. Just like I say every presidential election year when I have to choose... "Can't we do better than this?" It makes absolutely no sense to close off wild land rivers, mountains and forests labeling us as "trespassers" on our own American land and rivers when coughing patrons are roaming the aisles of Walmart and gamblers are raking in chips potentially full of Coronavirus. Yeah, you won the hand alright, good luck with that. You may get a lot more than "lady luck" now when she blows on those dice. Like I said. Nonsensical.

If, just for once, we could stop the fear and anxiety gripping the nation and make reasonable decisions based on science and rational thought instead of fear and political gain or political vulnerability, just once, we might be able to get back to the America we love and continue to build. Who would have thought wearing a mask in a pandemic would be a political statement. No one. Ever. I confess. I hate wearing a mask. They are uncomfortable, seem to inhibit my breathing, look dorky as hell etc. Yet, when I am in Lowes and its crowded or in the bank. Yeah, I don the mask as much for other people's safety as much as my own. Do I wear one just because I'm on camera like the ridiculous news reporters or wear one in the car while I'm traveling about? No. I use my mask just like any other tool: when it's needed or required. I don't wear goggles when I'm walking around my shop but I do put them on when I'm using an angle grinder and spitting hot metal out at 75 mph.

A great example of pure government idiocy was the closing down of Mt. Shasta to skiers and climbers for months. Although recently opened back up, over the last several months it has been illegal for any skier to climb over 10,000 feet on the mountain. What? Climbing and skiing in the backcountry illegal? During a pandemic climbing and skiing is probably the safest thing you could possibly do.

As wild lands remained closed and the casino's open I wonder if the Brothels will be next? Oh yeah, thats gotta be safer than climbing a mountain... as long as you wear your state mandated Body Condom. Who knows what craziness will follow. One thing is for sure, Coronavirus doesn't care one way or the other and will continue to do its thing no matter what galactically stupid response one government agency or another might come up with. 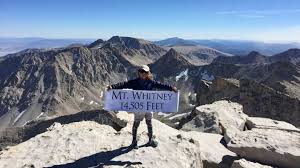