Important Notice to all of you running out of Toilet Paper 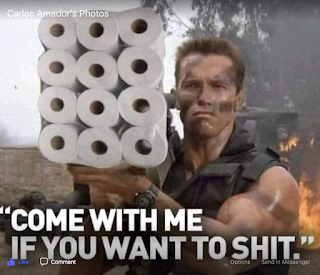 Alterra and Vail Associates Shutter Areas on a Powder Day... No Gawd... NOOOOOOO

Thats right. There goes skiing in Tahoe with the exception of Rose, Sugar Bowl, Diamond Peak And Sierra Ski Ranch and who knows how long these four will hold out. It may just be time to get out your skins and earn your turns! We shall now see how Independent Mt. Rose really is... A friend called and told me about Squallywood and Mammoth and I was bummed and a little argumentative and he kept saying "This isn't about you." I totally agree with his statement. Its about skiing and taking risks. In fact skiing has always been about taking risks. And always will be. Even if Ebola was out killing half the population you would still see the die hards out there... maybe riding on the upwind side of the chair, but still out there. Its just how we roll. So no Mr. Croley... its not about me. Its about all of us that love skiing and will take lots of risk to keep doing it... just ask Turnin Tim. I say to the last four resorts please don't cave and follow the hyste
Read more

It all happened in a matter of hours yesterday afternoon while many of us were out enjoying one of the best days of the season. Once insurance, attorney's and the possibilities of lawsuits reared their ugly heads, the dominos fell one after the other. I was asking too much in yesterday's blog for Rose to be independent and hang in there. I was hoping for the John Wayne on skis, the "damn the torpedo's and full speed ahead" approach, I was hoping for an American Hero. I was hoping that the Greg Staffords and the Dave Hahl's would somehow rise up and keep things spinning. THAT is just never going to happen again. We have moved a long ways from when Stafford would catch chairs coming into the terminal to keep the lifts spinning in gale force winds... That cursing into the wind mentality, that great American, the buck stops here "get'er done" approach to life is slowing falling by the wayside replaced with fear and anxiety evidenced by the need to
Read more

Loved to Death: Tahoe and Truckee Bursting at the seams...

The town of Truckee and Placer County with over 1500 cases are discouraging weekend visits to our area. They are urging tourists to NOT visit during weekends as the higher than normal volume of people are preventing them from staying within pandemic protocol and taxing their service industry including police, fire and medical services. I would say the same is true for the lake as well. I have never seen the North and East shores so inundated with humans, their vehicles and all that comes with these visitors including trash, campfires and service lines. If you are planning on driving between SLT and IV down the Eastshore on 28... forget-about-it. It is a Shitshow with a capital "S". The line of traffic often extends all the way from Sand Harbor to Incline with no easy sailing Northbound either. The only way to beat it is to give it a go midday, at night or in the early morning before 7 otherwise, well, bring a good book. You'll need it. The sheer volume of illegally park
Read more