March 16, 2020
It all happened in a matter of hours yesterday afternoon while many of us were out enjoying one of the best days of the season. Once insurance, attorney's and the possibilities of lawsuits reared their ugly heads, the dominos fell one after the other. I was asking too much in yesterday's blog for Rose to be independent and hang in there. I was hoping for the John Wayne on skis, the "damn the torpedo's and full speed ahead" approach, I was hoping for an American Hero. I was hoping that the Greg Staffords and the Dave Hahl's would somehow rise up and keep things spinning. THAT is just never going to happen again. We have moved a long ways from when Stafford would catch chairs coming into the terminal to keep the lifts spinning in gale force winds...

That cursing into the wind mentality, that great American, the buck stops here "get'er done" approach to life is slowing falling by the wayside replaced with fear and anxiety evidenced by the need to consult with one's attorney and making calls to one's insurance company to see what they think. In this new version of America, forms are in triplicate and paperwork bureaucracy grows deeper than the powder falling outside today to get anything done. To think that we were country that built a 1776 mile long transcontinental railroad by hand across mountain ranges, rivers and deserts in less than six years seems almost incomprehensible now. We need 10 years of study and hundreds of pages just to build a ski lift nowadays.

Although the word "f*%k" was heard round the Rosisphere when the announcement came that yesterday would be the last day of the season, the resort must protect itself in a country that values the ability to file suit and collect punitive damages under the most ridiculous circumstances (think McDonalds hot coffee spilled in lap and expecting McDonalds to pay for that women's clumsiness and lack of awareness... she won). We have to remember that Mt. Rose is in a much larger context of this new America. Although our population represents only 4.25% of the world population we are home to two thirds of the world's attorneys... and to add insult to injury, most of our politicians are also attorneys.

My heart actually goes out today to all the Rose employees that were informed yesterday afternoon that Rose would stay open, only to find out hours later (over the web no less) that their services would no longer be needed. These are people who pay their bills and go paycheck to paycheck because of their ski industry job. It seems some notice should be necessary. That rather than a knee jerk... "Lets Close Today" decision that they could have eased into it for a week or ever a few days to give employees a chance to look for another job. Seems to me that would be the "right" thing to do in the interests of loyalty and service. To all the Rose employees who come to work everyday to shovel, groom and take care of the operation so that we can play... thank you for your service and sorry it played out this way. You deserve better but the circumstance are more than extraordinary at this time.

In the final analysis, we have to remember that Mt. Rose exists within a larger context of legalities, insurance and the potential that staff and customers could have contracted the Corona Virus had they stayed open. That more people might be put at risk had they stayed open. When push comes to shove management made the best decision they could with the data they were given. It is just sadly frustrating for all involved.

Thank you to all of Mt. Rose for giving us the best season you could. Through your hard work and dedication you helped all of us smile and make life that much better. My hats off to you. 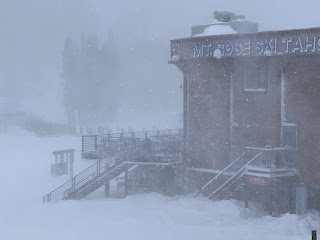 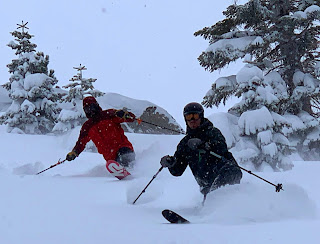 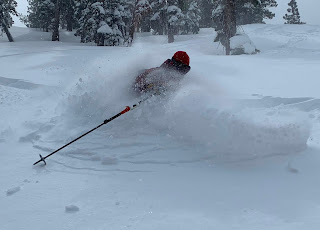