Hitchin a ride on the Paulaner Lager Express 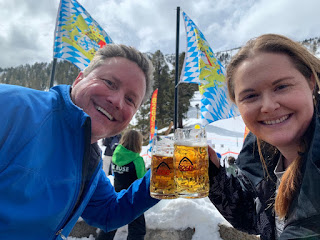 German Beer Fest today was full of fun and frolic for all! Just check out the smiles of Richard and his daughter Katie above! Stein races, stein holding contests, dancing Omm Pah Pah style with the incomparable Charlie The Snowboarder as MC. The only thing missing... a lot of snow. So, we did what every good skier and snowboarder does when its low tide... Drink and be merry anyway!

The off-piste made you WANT to drink, but groomers were in great shape first thing in the morning with a million sparkles greeting anyone willing to skate over to Zephyr which was once again groomed to perfection. And what else do you need in a beer garden... skiers who slid down half the chutes and had ripped pants to prove it. "Going Down..." was never so ominous a sentence. In a word the Chutes were "Bony" to say the least. And what can you expect with a trace of snow at 20 degrees following a very warm week. Still glad they are open. Puts hair on your chest... or takes it off if you take a slider.

Love these get togethers at Slide... nice to hang with the homies! 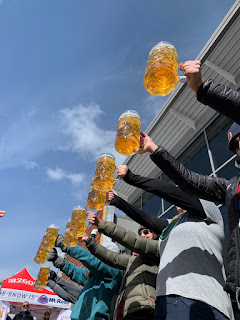 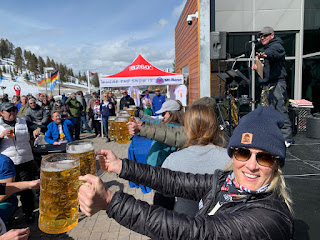 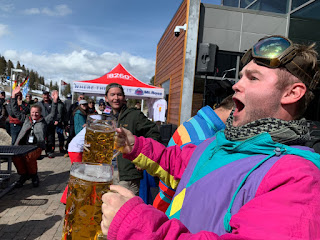 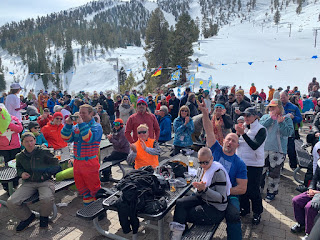 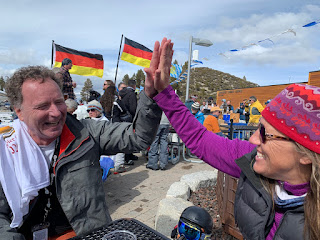