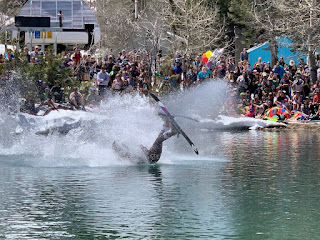 Ample snow remains at Alpine, Squaw and Mammoth. Alpine will remain open on a Friday through Sunday schedule through May while Squaw and Mammoth are promising skiing into July. Both of the latter are operating seven days a week through Memorial Day at this point with limited operations thereafter. With Rose's early closing this makes the Ikon Pass a pretty good bet for now plus access to many other resorts next year with such big names as Jackson Hole, Big Sky and a host of others.

Went over for the Cushing Classic Pond skim and I gotta say the skiing was superlative this weekend with KT-22, Siberia and Granite Chief all operating providing plenty of opportunity for some steeper riding and skiing. The pond skim itself is surely the Royal Crown Jewel of events at Squaw. It was opened with the National Anthem done Hendrix-style on electric guitar from the inrun with an American Flag waving and finished with the same Hendrix coverman rocketing down the inrun at 40 mph while trailing pink and blue smoke AND riffing on his electric guitar while crossing the pond. While many competitors came to an early (and probably painful enema specific) splashdown, others made it all the way across to raucous applause. Winners whether they made it or not were the Dino Twins mounting two skis on the outside feet with a snowboard double mounted in between, Rocket Man (AKA Cock Rocket) who was smoking hot (even underwater) and the guy wearing a brownie on his head. Although to be clear, even the worst competitor was worth the "train wreck" they provided when they hit the water. Many former Olympians were on tap as judges as well as Mosely and others as MC. A good time was surely had by all in attendance even with the water temp at a bone chilling 37 degrees. I have many fond memories of when Rose would host the Pond Skim and Dummy Downhill but those days seem to be gone... so...

My advice... widen your horizons this spring! There is still tons of snow and tons of fun to be had. 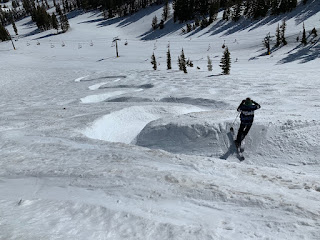 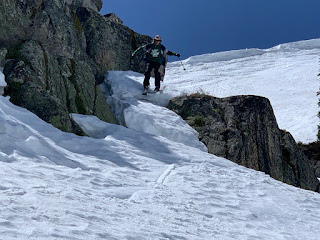 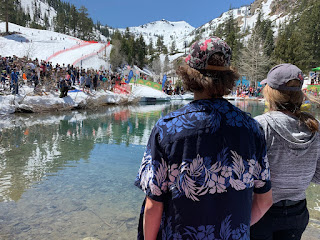 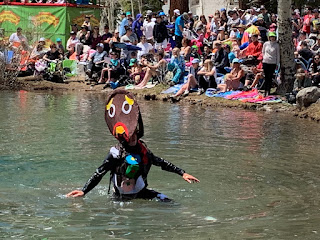 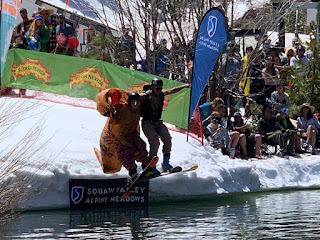 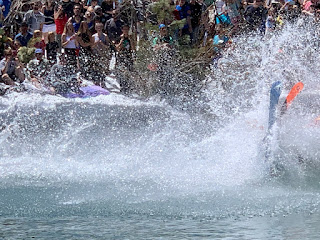 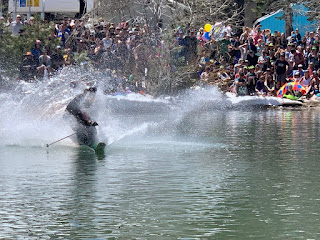 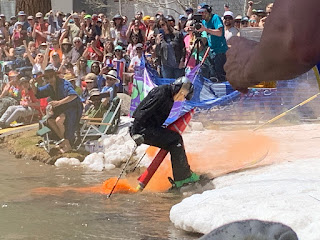 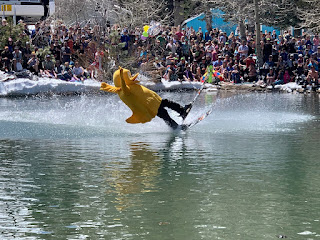 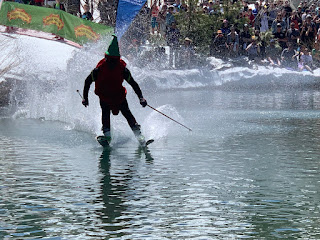 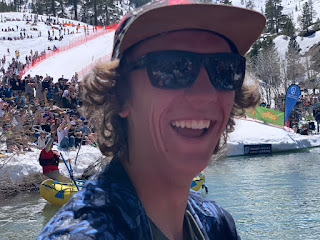 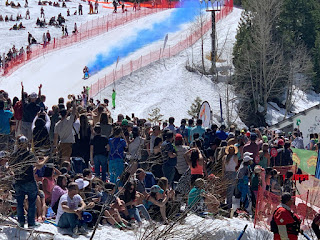 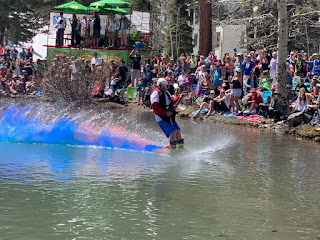