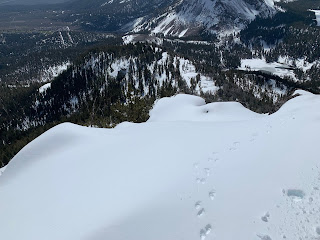 It seems that whatever mountain we lay our skis on, the situation is the same... 99% of the people are on the same slopes and when they mostly go left off the chair... I tend to go right. The only tracks I really like to follow are the animal tracks... they will often lead you away from the party to where its nice and quiet and you can make your own way with only ravens calling down to you once in awhile.

Had a great couple days at Mammoth and now that Squaw is down to Friday through Sunday operations it may be time to head South. There was plenty of snow and they had lifts running from Cloud Nine to Chair 23 so there was plenty of terrain to check out. Had some fresh snow as well (this winter just cannot seem to let go) although one day it was definitely a "Dust on Crust" situation.

Whenever you poke around away from the crowds you are sure to find some freshies. Mammoth has a soft boundary so exploring off-piste is relaxing and you can be on your own pretty quickly and then ski back in at the bottom with a little effort. Which is why the whole backside (which closed weeks ago) offered some nice skiing. The mountain is huge... but then again, so is your appetite for skiing I'm sure.

And don't worry... there is plenty of snow.

PS the photo of the crowd at the bottom was taken within 15 minutes of the shot of Chair 23... hard to believe I know. 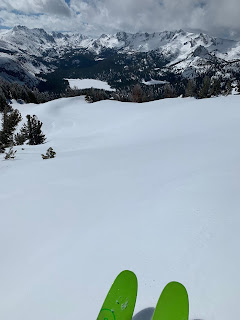 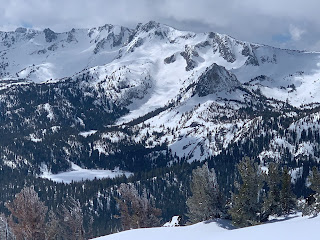 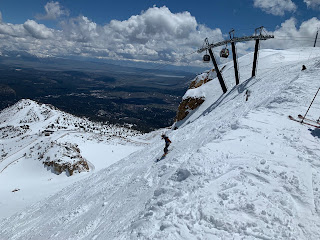 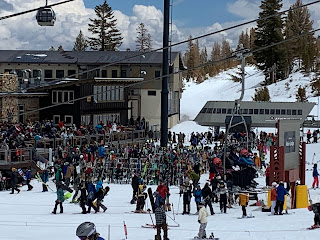 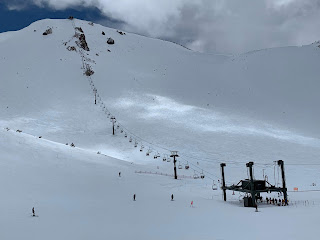 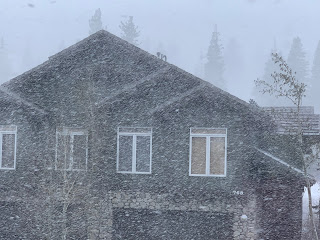